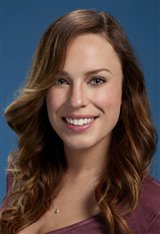 Born in Sydney, Australia, Jessica McNamee is one of five children. She grew up performing in school plays, reveling in the spotlight, and left Sydney University in 2007 before completing her degree in order to pursue acting when she landed a starring role on the long-time beloved Australian drama series Home and Away. She played Lisa Duffy in 21 episodes of the show in 2007. In the same year, she also worked with Oscar-nominee Jacki Weaver in the dramatic TV movie Hammer Bay. In 2008,... See All