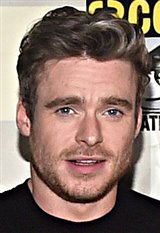 Richard Madden is a Scottish actor best known for his portraying Robb Stark on HBO's Game of Thrones. Growing up in Elderslie, Scotland, he was raised by his mother, Pat, a classroom assistant and his father, Richard, who worked for the fire service. He also has two sisters, Cara and Lauren. Despite growing up to be an actor, Richard was very shy during his childhood. To overcome this, at age 11, he joined Paisley Arts Centre’s youth theatre program. In 1999 he was given the lead role as... See All