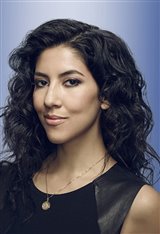 Stephanie Beatriz was born in Neuquén, Argentina to a Colombian father and a Bolivian mother. She then moved to America at the age of two, where she grew up in Webster, a city in Harris County, Texas. Stephanie attended Clear Brook High School, where she took a speech and debate class as an elective, which allowed her to take part in school plays, igniting her love for acting. She then attended Stephens College, an all-women's college in Missouri. After graduating with a Bachelor's Degree in... See All