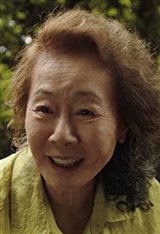 Youn Yuh-Jung is a Korean actress best known internationally for her work in the Oscar-nominated film Minari (2020). She has been acting for over 50 years and is well known in South Korea. Some of her best known work in South Korea includes the feature films The Housemaid (2010), The Taste of Money (2012) and The Bacchus Lady (2016). Youn was born in Kaesong, Gyeonggi Province, and grew up in Seoul, South Korea. During her freshman year at Hanyang University, where she was studying Korean... See All