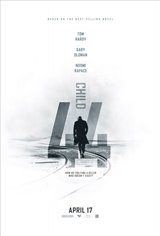 Set in Stalin-era Soviet Union, a series of child murders leads an MGB officer down a path of exile and terror. Agent Leo Demidov (Tom Hardy) is a loyal, ideological member of the Communist Party, carrying out every order without question. Everything changes when a number of children turn up dead, something that should never happen in the state, and he is sent to arrest a man he knows is innocent.

When Demidov is then asked to arrest his own wife, he runs and becomes an enemy of the state. However, he can’t ignore the number of child deaths, so he risks his life in order to track down a ruthless serial killer.

Based on the award-winning novel by Tom Rob Smith.