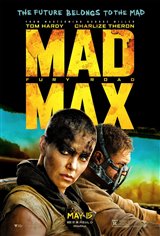 Max Rockatansky (Tom Hardy) is captured by a group loyal to the warlord Immortan Joe (Hugh Keays-Byrne), who tyrannizes his people, doling out water in small amounts to keep them desperate.

Imperator Furiosa (Charlize Theron), whom he believes is loyal to him, helps several young women, who are forced to bear his children, escape. Once he realizes what she's up to, he and his army set out after her, using Max as a blood supplier for Nux (Nicholas Hoult), one of his loyal supporters.

During a battle, Max manages to escape and he teams up with Furiosa as they both desperately try to get away from Joe and save the women, one of whom is pregnant.