Published By Alexandra Heilbron on Apr 26, 2021 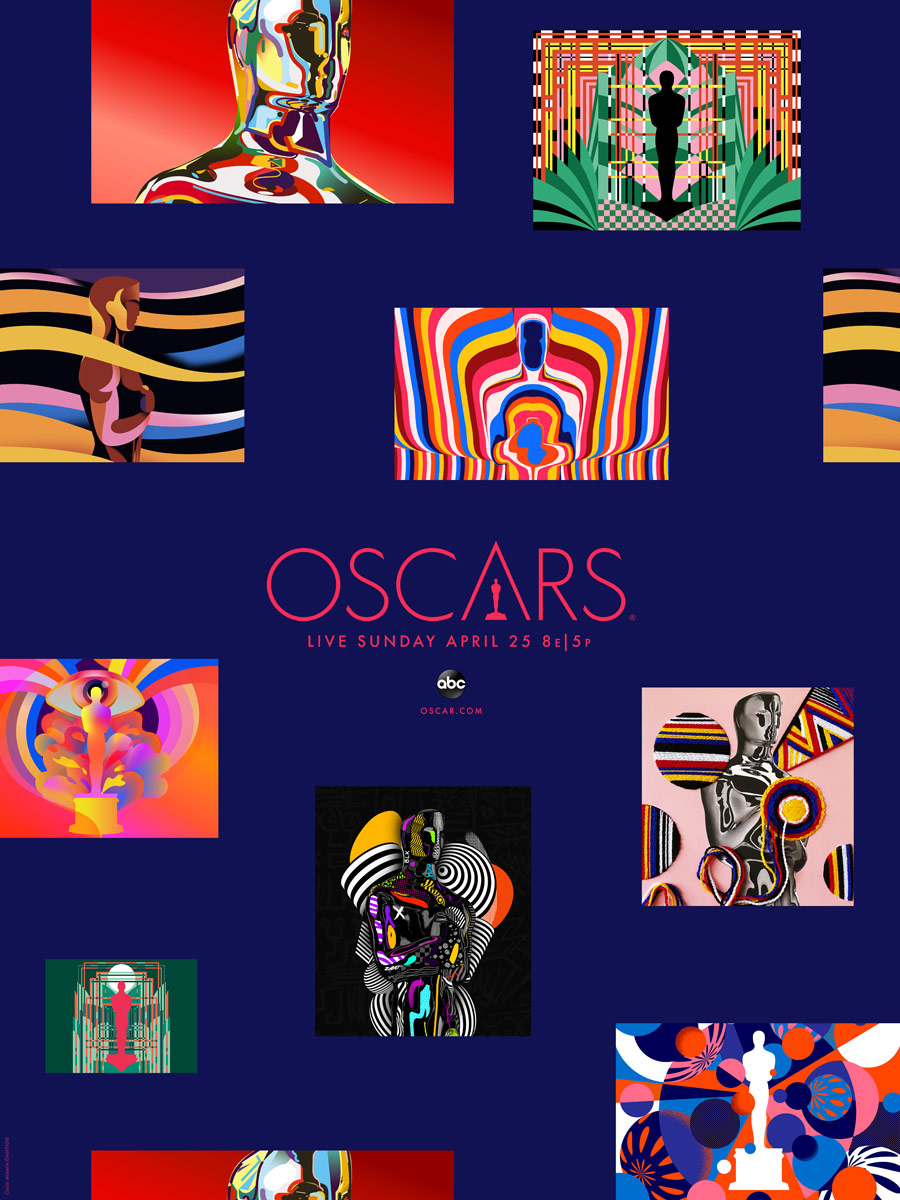 The 93rd Academy Awards are here! We’ll be updating over the course of the evening as the winners are announced and a full list will be available as soon as the ceremony comes to an end.

Make sure to download our Oscars 2021 score sheet to keep track of all of the winners!

The ceremony kicked off with Regina King walking into a small auditorium with a select audience of presenters and nominees. She pointed out that no one was wearing a mask, explaining that they were able to do it the same way it's done on a film set, by following the same strict COVID-19 protocols and by wearing masks when the cameras were not rolling.

The first winners announced were for Original Screenplay  (Emerald Fennell for Promising Young Woman) and Adapted Screenplay (Christopher Hampton and Florian Zeller for The Father).

Laura Dern came out next to present the award for International Feature Film, saying one of the first films her mother, Diane Ladd, had taken her to had been a foreign language film that went on to win the Oscar.

Another Round director Thomas Vinterberg accepted the award, telling the audience that the movie was made for his daughter, Ida, who was killed by a driver who was busy looking at his phone when he crashed into the car she was in.

Next up, Dern introduced the actors nominated for the Actor in a Supporting Role category. The Oscar went to Daniel Kaluuya for Judas and the Black Messiah. He spoke about Fred Hampton, the real life person he played in the film, who did so much good in his 21 years of life before being killed by the police.

The awards for Costumes, Makeup and Hair were announced by Don Cheadle. Next, Bryan Cranston presented the Jean Hersholt Humanitarian Award at the larger (and empty) Dolby Theatre in Los Angeles. He spoke of the Spanish Flu pandemic in the early 1900s, and how the Motion Picture and Television Fund was founded shortly afterwards in 1921 by Mary Pickford, to help actors and crew members who were in need. MPTF CEO Bob Bietcher accepted the award on behalf of the 70 members of the MPTF. It's worth noting that Jean Hersholt served as MPTF’s president for 18 years, from 1938 until his death in 1956.

Brad Pitt announced the winner of the Actress in a Supporting Role category -- Yuh-Jung Youn, who played a firecracker of a grandmother in Minari. In her acceptance speech, she first told Brad Pitt what an honor it was to finally meet him and jokingly asked him where he was while they were shooting the film. Minari, about Korean immigrants, was shot in America. She also joked that she was luckier than the other nominees that evening , then asked if maybe her win was a show of American hospitality? Finally, she told her two sons, who were watching at home, that this was the result of Mommy working very hard. She was helped off the stage by Pitt, although in a socially distanced way as he laughed and joked with her.

Harrison Ford shared notes that followed an early screening of Blade Runner, a movie he starred in, to show how difficult a film editor's job can be. The winner of the Film Editing Oscar was Sound of Metal, the second win for the film tonight. It's nominated in a total of six categories.

Viola Davis spoke of all the charity work Tyler Perry quietly does, including paying for the funerals of Black men killed by police, sponsoring 65 children from a day camp to go to Disney World, and much more. She presented him with the second Jean Hersholt Humanitarian Award of the night. In his acceptance speech, Perry spoke of being homeless himself at one time, and years later, meeting a homeless woman who asked him for a pair of shoes and how he immediately took her to get a pair. He revealed that his mother taught him to refuse hate. To refuse to hate someone else because they are a different race, religion or color. To refuse to hate them because they are a police officer. He received a standing ovation for his inspiring and touching speech.

Although we're usually treated to live performances of the Oscar-nominated songs, this year the songs were presented through videos. As announced by Zendaya, the youngest presenter this evening, the winner was “Fight for You,” from Judas and the Black Messiah.

Comedian Lil Rel Howrey played a music trivia game with the audience in attendance, playing various songs and asking if they were nominated for an Oscar, or won an Oscar. He wound up asking nominee Glenn Close to dance "Da Butt," which was featured in Spike Lee's School Daze. She complied, which had everyone laughing along with her.

Angela Bassett presented the "In Memoriam" video, and spoke of the enormity of the loss of over three million people around the world to COVID-19, but also spoke of those who lost their lives to racism and inequality.

Usually the last award of the night, the Best Picture Oscar was announced shortly after 11 p.m. The prestigious award went to Nomadland. Director Chloé Zhao and star Frances McDormand accepted, with McDormand repeating the wolf cry from the film.

Oscar-winner Renée Zellweger made an appearance to announce the winner of the Best Actress award -- Frances McDormand for Nomadland. Last year's Best Actor winner Joaquin Phoenix announced the recipient of the award this year -- Anthony Hopkins for The Father.

And that concludes this year's Oscars! ~Alexandra Heilbron

Best Cinematography
WINNER: Mank
Judas and the Black Messiah
News of the World
Nomadland
The Trial of the Chicago 7

Best Visual Effects
WINNER: Tenet
Love and Monsters
The Midnight Sky
Mulan
The One and Only Ivan

Best Original Song
Winner: “Fight for You,” Judas and the Black Messiah
“Husavik (My Hometown),” Eurovision Song Contest: The Story of Fire Saga
“Io Se (Seen),” The Life Ahead
“Speak Now,” One Night in Miami
“Hear My Voice,” The Trial of the Chicago 7

Best Documentary Short Subject
WINNER: Colette
A Concerto is a Conversation
Do Not Split
Hunger Ward
A Love Song For Latasha