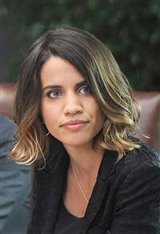 Born in Kendall, a suburb of Miami, Florida, Natalie Morales is of Cuban descent. After graduating high school in 2005, Natalie moved to Los Angeles with two friends from her high school drama class, where she'd discovered a love for physical comedy and theater. Natalie has spent most of her career on television, but is not unfamiliar on the big screen. Her breakout television role came from her performance as Wendy Watson on the sci-fi series, The Middleman (2008), a television adaptation of a... See All